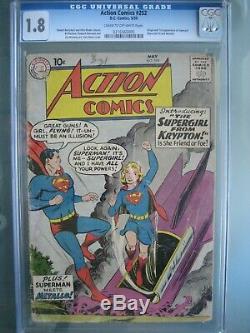 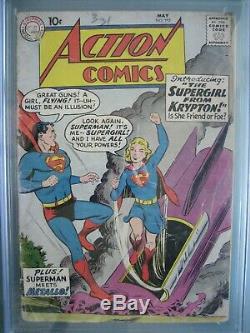 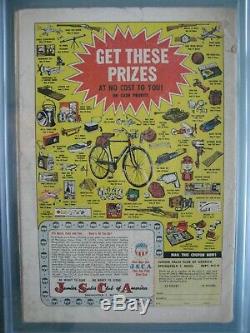 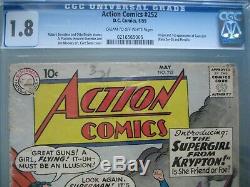 Aside from his mustache, Corben is practically the spitting image of Superman. While driving his car, Corben gets into a terrible accident and is nearly killed. His broken body is taken to the laboratory of Professor Vale. Who replaces Corben's failing limbs with a super-strong metallic alloy. He replaces his heart with a surrogate pump made of Uranium. And covers the endoskeleton with a foam-latex sheathe resembling human skin. The operation is a success, but soon after, Professor Vale suffers from a mild stroke. Dubbed "Metallo", Corben begins his new life a life of crime. Metallo's Uranium heart will only last for one day before it needs to be replaced, so Metallo begins breaking into various facilities to steal more Uranium. Whenever he feels his Uranium stores running low, Metallo becomes weak and dizzy. Corben gets a job at the Daily Planet and begins courting Lois Lane. Lois is enamored with Corben due to his physical resemblance to Superman a fact that invariably irritates Clark Kent. Professor Vale meanwhile, discovers that Green Kryptonite can work just as effectively at powering Metallo as Uranium, but with the added benefit that it will no longer need to be recharged.

Metallo steals a Kryptonite rock from a local exhibition hall and has Vale implant it into his chest. Metallo learns that Kryptonite can also destroy Superman. Certain that Superman will likely try to arrest him for his recent crimes, Metallo decides to use the power of his Kryptonite heart to strike the first blow against the Man of Steel.

He baits a trap for Superman, but Superman manages to avoid exposure to Kryptonite and pursues Metallo. He chases him back to Lois Lane's apartment when suddenly Metallo begins to feel weak. What neither Vale nor Metallo realize was that the Kryptonite that had been used to power his heart was actually fake. It was nothing more than an ordinary rock painted green to resemble Kryptonite. Unable to recharge himself, Metallo falls over dead from a heart attack. Clark Kent is working alone in his office one afternoon when he catches something out of the corner of his eye. Switching into his Superman costume, he flies off to investigate. When he arrives, he is shocked to discover that the rocket's sole occupant is another Kryptonian a young blonde-haired girl named Kara. Kara tells Superman that her home town, Argo City was blasted free of Krypton's destruction in a bubble of compressed air. The island soared through space as free-floating planetoid. Her father was a scientist named Zor-El who created a force field bubble around the city to contain the atmosphere and also coated the ground with sheets of lead to prevent traces of Kryptonite in the ground from poisoning the populace. Years later, when Kara was a teenager, a meteor shower in space penetrated the air bubble and tore through the lead shielding. His wife learned of the existence of Earth, and its Kryptonian hero, Superman.

They chose to send Kara to Earth so that she can be with one of her own. Superman realizes that Kara's father, Zor-El, was the brother of his own father, making the two of them cousins. He is elated to find another Kryptonian but remorseful for the fact that like he, Kara is now an orphan. Superman cannot take charge of Kara because he needs to protect his own secret identity. However, he flies her to the nearby town of Midvale and registers her at the Midvale Orphanage.

He provides her with a brown pig-tailed wig, and Kara chooses the name Linda Lee as her new Earth name. Superman promises to train Kara in her new super-powers, stating that this Supergirl will become his new secret weapon against fighting crime. After Superman leaves, Kara settles in at the orphanage. She begins testing her new powers by cleaning her room with super-breath and fixing a bent iron bed leg with super-strength.

She cannot wait for her first official adventure as Supergirl. Let me tell you my story, as my parents told it to me! Were not the only one to escape alive... By sheer luck, a large chunk of the planet was hurled away intact, with people on it...

This item is in the category "Collectibles\Comics\Silver Age (1956-69)\Superhero\Superman". The seller is "madeofmiracles925" and is located in Dublin, California. This item can be shipped worldwide.