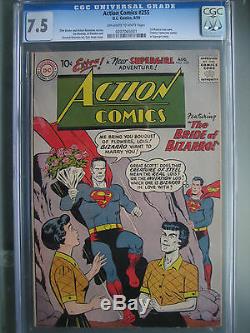 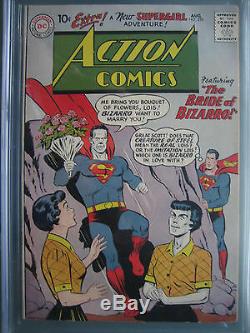 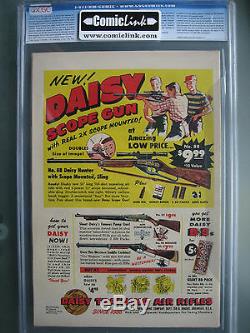 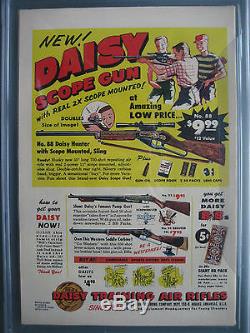 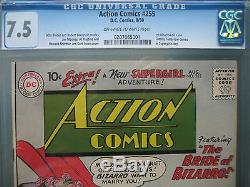 However, Lois, noticing the fake Superman's speech is just like Bizarro's she clues in on the situation. This leads to a battle between the two Bizarros while Lois disposes of the Kryptonite that is keeping the real Superman at bay.

Bizarro decides to help by kicking it into a mountain side causing it to get smashed into dust. This dust is picked up in the wind and drawn toward New Bizarro, who is not immune to the Kryptonite and is killed, vaporizing to dust. However, the original Bizarro is still attempting to win Lois's heart, tries to woo her with a flower from another planet, but it proves dangerous and she gets Bizarro to pledge not to bother her again.

Deciding to be undaunted, Bizarro decides to disguise himself as Clark Kent to be near Lois, however Superman foils this plot while trying to maintain his secret identity before Bizarro can accidentally expose it. Confronting Lois anyway, Bizarro takes her back to the island hide-away that he made for them, and decides to try and prove that he is better than Superman by beating him in combat. The two fight amongst some derelict ships, and it proves to be an endless battle as the two are evenly matched. Lois suddenly comes up with an idea and uses the duplication device to create a Bizarro Lois.

Upon meeting each other the Bizarro-Couple fall in love and decide to leave the Earth to make a world of their own. When Lois asks Superman when he will ask her to marry him, he tells her he may... Supergirl Visits the 21st Century! While reading a newspaper about a Venus probe, Linda Lee learns of its failure to meet its mark.

She is then sent a secret message from Superman encouraging her to keep on practicing her super-powers, and encourages her to use them to travel into the future and visit the 21st Century. That night, Linda changes into Supergirl and uses her powers to breach the time barrier and travel to the 21st Century. There she happens upon an orphanage on an asteroid that in trouble when a satellite breaks through its protective dome. Supergirl secretly seals the dome, however when she is about to deal with the satellite, a young orphan named Tommy uses an anti-gravity ray on it causing it to collide with her and explode. This causes her to land near a chunk of Kryptonite.

Too weak to move the Kryptonite away, she is unwittingly saved by Tommy when showing off his "Changer Ray" to his friend Jik, turns the chunk into ice. Supergirl decides to secretly follow the two orphans to make sure they don't get into anymore trouble.

However, when they do find some, such as when they are attacked by an alien beast, and caught in quicksand, they manage to free themselves with different futuristic devices before Supergirl can secretly come to their rescue. When the boys return to the orphanage, Supergirl uses her x-ray vision to learn that Tommy is to be adopted that day. Transcribing the event in her diary, she realizes that young Tommy will soon grow up to be the 21st Century hero Tommy Tomorrow. "Justice League Part 2" Movie in Theaters April 8th, 2021!

The item "Action Comics #255 CGC 7.5 1959 1st app Bizarro-Lois Lane" is in sale since Monday, April 22, 2019. This item is in the category "Collectibles\Comics\Silver Age (1956-69)\Superhero\Superman". The seller is "madeofmiracles925" and is located in Dublin, California. This item can be shipped worldwide.